What have the Victorians ever done for us? Railways, the telephone, the lightbulb, the car, even Jacob Rees-Mogg’s preferred mode of transport the Penny Farthing, all spring instantly  to mind.  The Victorian era saw an explosion in innovation and technological change as well as massive socioeconomic, geopolitical, and social reforms.  The beginnings of state education, as we know it, began during the Victorian era – ‘The Elementary Education Act of 1870’, ‘The Sandown Act’, ‘Mundella Act’, ‘The Balfour Act’…

Yet whilst almost all advances have moved on in leaps and bounds since Victorian times, teaching hasn’t changed a great deal.  At a very basic level, it is still an adult physically stood in front of a group of young people in an external building taking them on a journey of discovery and exploration.  Obviously, there have been changes to curriculum, style and delivery as our understanding of the way we learn has developed, but the basic method by which education is delivered is fundamentally the same.  Why?  Because it works – teachers teaching children works.

The education profession has dipped its toe in to the digital world.  Some things work – others are fads which come and go. The Khan Academy has a wealth of pre-recorded videos that teach different concepts, the Oak National Academy is mapping the National Curriculum with pre-recorded videos delivered by qualified teachers.  All very useful, but all miss the most crucial element of education, which is the relationship between student and teacher.

Pre-recorded videos, as good as they are, are not teaching in the truest sense and one of the most important developments (since Victorian times) in teaching has been the collaborative approach that is currently being used in schools.  Imagine, if whilst watching an episode of Sir David Attenborough’s Planet Earth, you could stop the video and ask him a question about some rare ocean creature or jungle bird? Such engagement would not only deepen your understanding of the wildlife in question, it would also significantly increase your chances of retaining the facts you had just elicited.  (You might also feel significantly less inclined to want some serious reform of the Beeb!)  Similarly, the Netflix-style learning being promoted by the DfE, is not ‘real’ teaching – it is :ticking plaster and a longer-term solution is needed.

All teachers know that those moments where the children stop and ask a question or explore something in greater depth are the moments where a deeper, more sustained level of learning is taking place.  If the class doesn’t understand a concept, a live teacher will test and adjust it ‘in the moment’ – there is no point ploughing on with a lesson on adding numbers if the pupils can’t count.  Such feedback can only be obtained through interaction and through questioning and formative assessment during the lesson.

So, as you can tell… we are ‘pro teacher in front of children’ – that is how the best learning happens BUT Covid-19 has made us rethink…There are two phrases being thrown about the education community with regards to educational continuity if there is a second lockdown: ‘Remote Learning’ and ‘Remote Teaching’ – these are used interchangeably but they mean different things to different people.

Some schools will proudly promote that they are engaging in ‘Remote Learning’ – but all this means to them is sending home some worksheets or directing children and families to learning websites like BBC Bitesize. Others have asked teachers to plan specifically for their cohorts but still this consists of sending home worksheets. Without a teacher there to interact and move understanding forward, knowledge and learning is unlikely to be retained. Some ‘lucky’ children may have very qualified parents who can teach just as well as a teacher but, as a generalisation, this undermines the status of the profession.  Teaching is a profession that needs a specific university degree. Would you let an unqualified doctor loose on your body for an operation just because they had a 1st in economics?

Some schools proudly promote that they are engaging in ‘Remote Teaching’ – which often just means they are directing their children to pre-recorded lessons or setting tasks on google classroom. They are not effective for the reasons mentioned above, not to mention the fact that teachers are shifting their educational responsibility for a child to a talking head who doesn’t know the child.

So what is the answer?  We need a hybrid.  Something that is remote but also incorporates the crucial aspects that make teaching truly effective – interaction and feedback. The answer is already out there and being pioneered by independent schools who were forced to innovate to keep revenue streams coming in.

One answer is, the Invicta Academy which was set up initially because both Anna and myself were extremely worried about the impact of a prolonged absence from education on the educational prospects of state school children in Kent because of COVID-19.  In particular, we noticed that the most disadvantaged had not had access to LIVE and INTERACTIVE online lessons, delivered by qualified teachers.  Demand was so overwhelming with all 20,000 initial learning places being snapped up in days, we swiftly  moved to a national not regional model.  With the help of numerous other concerned teachers and parents within two weeks of the Kent Invicta Academy opening its virtual doors, four more regional Invicta Academies were opened.

Our initial objective was to provide 20,000 unique learning opportunities to children in Kent.  In the end, we provided over 32,000 in Kent alone, along with a further 18,000 around the Country.  We exceeded our original objective by 150% providing just under 50,000 Free lessons to 3,638 children across the Country. 92% of our children came from state schools demonstrating that, when given the chance, parents and children voted with their ‘virtual feet’, also that device poverty may not be as widespread as has been reported.

Almost certainly the largest pilot of live, interactive online teaching ever in the UK, we have only just scratched the surface in terms of the power and opportunity that a blended, remote model offers both to solidify and consolidate learning but also to level up educational opportunity across the entire United Kingdom.  For the first time since Victorian times, we have the power to take Eton into every home.

The Invicta Academy has been heralded as ‘Brilliant work’ by the Secretary of State for Education in the house and the Chairman of the Education Select Committee also described us as ‘Education Heroes’ for our efforts.  If we are heading for a second wave, we must ensure that our children are not missing out on crucial education – digital and traditional methods must work side by side, teachers must reach for their digital capes and all become ‘Education Heroes’ we cannot sub-contract our children’s education to ‘Netflix’.

Teachers are the change makers in closing the digital skills gap 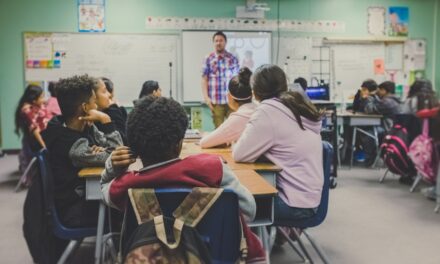 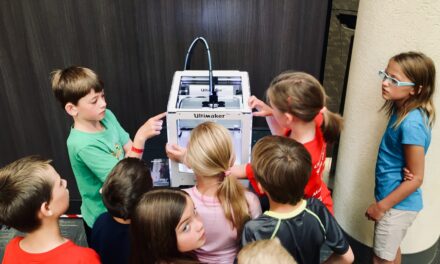